Readers, native and non-native, often see new words when they read. However, it is not necessary to look up every word in the dictionary. Many times writers will give definitions, synonyms, or antonyms to words in the sentence. Below are some strategies to use the context of a sentence to guess the meaning of an unknown word.

Look at the examples below from the reading Immigration to the United States. Underline the definition, synonym, or antonym for the word in bold. Circle the signal words and punctuation.

1. “Throughout history, people have also moved to entirely different countries. We call this international movement immigration, and the people who move to a new country to live there are known as immigrants.”

2. “Native Americans are what we call indigenous to America, which means they make up the original population of North America.”

3. “Immigration to the United States has typically occurred in waves — with various groups of people moving in large numbers at different points in American history.”

4. “Sometimes these laws have been discriminatory, or showing unfair treatment towards certain groups of people.”

5. “Today, immigration trends have changed. The Immigration and Nationality Act of 1965 abolished, or ended, restrictions on immigration based on country of origin.”

6. “Immigration from Eastern Europe, Mexico, and Japan were largely banned; on the other hand, immigrants from Britain, Ireland, and Scandinavian countries like Norway, Sweden, and Finland were allowed into the country.”

Look at the words in bold in Exercise 3 without reading the sentences. Rate your current knowledge of the word before doing the unit exercises. Use the following scale and write the number in front of the sentences in Exercise 3:

Read the sentences below. Guess the meaning of the words in bold based on the example sentence(s). Write your own definition of the word in bold.

______ 3. Many families live in poverty. They cannot pay their bills or for food.

______ 5. I seriously considered quitting my job, but I decided I need the benefits.

______ 6. Pollution threatens the life of many aquatic animals.

______ 7. The flu spreads quickly when people do not wash their hands.

______ 11. Controversial topics include gun laws, abortion, and the death penalty.

Skimming and scanning are two important reading strategies. Skimming means that a reader looks quickly at the first and last paragraphs and the first sentences of each paragraph to understand the main idea of the text. Scanning is when a reader looks for specific information in a reading. Skim the following passage before you read it in full. Predict what the reading is about.

Immigration to the United States by Michael A. Signal

In this informational text, Michael A. Signal discusses the long history of people traveling to the United States to make a new life for themselves. As you read, take notes on how the government has tried to control who gets to move to the United States.

1Humans move from place to place. People move to different homes and cities to be closer to their families or workplaces. They might want to find better neighborhoods or roads with less traffic. But people don’t only move to different houses and towns. Throughout history, people have also moved to entirely different countries. We call this international movement immigration, and the people who move to a new country to live there are known as immigrants.

2People immigrate for the same reasons that a family might move to a new neighborhood or a different state, such as for better work opportunities or to be closer to relatives. Sometimes, though, people have more urgent reasons to leave their home countries. Many immigrants flee war and violence. Sometimes they move to new countries to avoid famine and poverty.

3For the most part, Americans live in a society of immigrants. It has the largest number of international immigrants in the world. Almost one-fifth of global immigrants live in the United States. The country has a rich history of immigration. However, there are some groups that you wouldn’t consider immigrants. Native Americans, for example, are what we call indigenous to America, which means they make up the original population of North America. If we look back in history to the first Europeans that came to America, we would consider them colonists and not immigrants because they took over the land. Slaves who were forcibly brought to American shores from Africa would also not be considered immigrants.

4Most early immigrants came to the United States from Europe, but the country was open to immigrants from all around the world up until the late 19th century. Immigration to the United States has typically occurred in waves — with various groups of people moving in large numbers at different points in American history. For example, one of the first groups that moved to the United States in large numbers was the Irish. In the 1840s, a great famine struck Ireland. Scores of Irish people left their home country in search of land where they’d be able to feed their families. Between 1820 and 1930, over 4 million Irish men, women, and children immigrated to the United States. Another wave of immigration came from China in the mid-19th century. Many workers traveled across the Pacific to work as miners, farmers, and other manual laborers. When gold was discovered in California in 1848, Americans rushed west, hoping to strike it rich. So did thousands of Chinese immigrants. In just a few years after the discovery of gold, about 150,000 Chinese people immigrated to the United States. 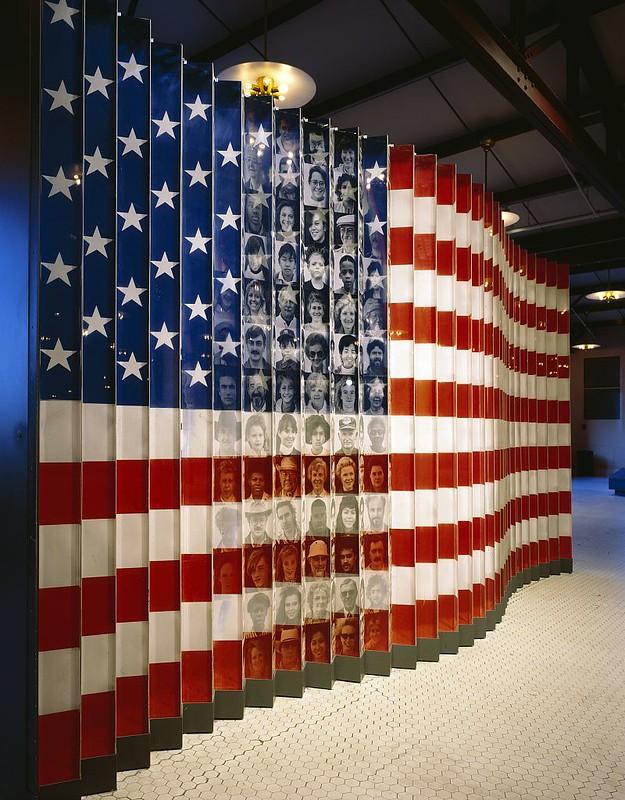 5As immigration has grown over the centuries, tensions have arisen. For example, when Chinese immigrants began moving to America in the 19th century, many Americans felt threatened. On the West Coast, where most Chinese immigrants settled, some Americans thought that they were losing jobs to Chinese workers. Rumors describing Chinese immigrants as unlawful and immoral spread, and many people believed these rumors. In 1862, The United States acted on public fear and resentment of Chinese immigrants. Congress passed an antiimmigration law. The Chinese Exclusion Act stopped almost all Chinese people from entering the country. The law also made it impossible for Chinese immigrants to become American citizens.

6Over the years, countries have used laws, both fairly and unfairly, to control immigration. Sometimes these laws have been discriminatory, or showing unfair treatment towards certain groups of people. After World War I, the United States enacted another restrictive immigration law. The Immigration Act of 1924 established limits on how many people could enter the United States based on their countries of origin. Immigration from Eastern Europe, Mexico, and Japan were largely banned; on the other hand, immigrants from Britain, Ireland, and Scandinavian countries like Norway, Sweden, and Finland were allowed into the country.

8There are over 240 million immigrants worldwide. One reason for the global growth of immigration is the improvement of transportation and the decrease in cost. In the 18th century, you had to travel by boat to reach America from Europe, and that could take over a month! Today, you can travel the same distance by plane in just eight hours.

9Even though it has only increased over time, immigration has become a controversial topic in the 21st century. One reason for this controversy is that a number of immigrants have entered the United States without going through the proper legal systems. In 2015, an estimated 11 million immigrants were living in the country without legal permission. There are a lot of discussions around immigrants living in the United States without legal permission. Some people feel as though this will mean fewer opportunities for American citizens, while others feel that immigrants, regardless of their citizenship, help boost the economy and make valuable contributions to our society.

“Immigration to the United States” by Michael A. Signal is licensed by CommonLit under CC BY-NC-SA 2.0

For the following questions, choose the best answer according to the reading.

1. PART A: Which statement describes the central idea of the text?

A. America has a long history of immigration, but some groups of immigrants have been treated unfairly.

B. America has a long history of immigration and has always been welcoming towards immigrants.

C. America must limit the number of immigrants who enter the nation to preserve its resources.

D. Immigrants have enjoyed fairer treatment in America than in their home countries.

A. “Sometimes, though, people have more urgent reasons to leave their home countries.” (Paragraph 2)

B. “In just a few years after the discovery of gold, about 150,000 Chinese people immigrated to the United States.” (Paragraph 4)

C. “Over the years, countries have used laws, both fairly and unfairly, to control immigration.” (Paragraph 6)

D. “One reason for the global growth of immigration is the improvement of transportation and the decrease in cost.” (Paragraph 8)

3. How does paragraph 4 contribute to the development of ideas in the text?

A. It demonstrates how famine brought different groups of immigrants to America.

B. It shows why some people were unhappy when immigrants came to America.

C. It reveals some of the reasons why groups of immigrants came to America.

D. It discusses how people only immigrated to America to find gold.

4. How does the text illustrate that United States immigration laws were discriminatory?

A. The text details how the government uses immigration laws to imprison immigrants.

B. The author describes how the United States accepted immigrants from certain countries but not from others.

C. The author compares the different number of immigrants who came to the United States from Asia with those who came from Latin America.

D. The text illustrates how the impact of World War I meant the United States government had to change its laws.

All sentences in a paragraph should focus on one idea. Sometimes paragraphs can get long, and writers should reflect on the supporting points to see if the paragraph can be broken into two. For example, you will write about reasons why people immigrate. However, this can be broken down into reasons that push people out of their country and factors that pull people to the country the immigrate to. You will follow the writing process of brainstorming, outlining, and drafting about why people immigrate. You will write two paragraphs: why people leave their country (push) and why people enter another country (pull).

Figure 7 Why People Migrate to Another Country

Transfer your strongest ideas from your brainstorm into an outline. Expand your ideas by putting examples and explanations.

Write a rough draft using the outline. Create full sentences that have signal words for each point and for examples. Use a separate piece of paper.

1. What do you consider the biggest threat to students?

2. A major controversy in the USA is gun restriction laws because many mass shootings have occurred especially in schools. How do you think mass shootings can be avoided? Should teachers be allowed to carry a gun to class?

3. What would you do if you found out that a friend is spreading rumors about you?

4. What is the best way to fight poverty?