Voice is a nebulous term in writing. It can refer to the general “feel” of the writing, or it can be used in a more technical sense. In this course, we will focus on the latter sense as we discuss active and passive voice.

Teachers can get fired up about voice in writing. You may have had a frustrated (and frustrating?) professor write on your paper “Use passive voice!” or “Avoid passive voice!” during your studies. Most automated grammar checkers will be happy to flag and condemn all passive sentences for you. Further, your English textbook might suggest that the active sentence “Jack hit the baseball” is better than the passive sentence “The baseball was hit by Jack.” As well-intentioned as they might be, these tidbits of advice don’t help much, do they? You are not likely to have anyone named Jack hitting any baseballs in your papers, and obviously both passive and active voice are powerful tools in the right hands.

In this section, we will examine both the active voice and the passive voice, and we will determine just when to use each.

Let’s look at a couple more examples of the passive voice:

You may have noticed something unique about the previous two sentences: the subject of the sentence is not the person (or thing) performing the action. The passive voice “hides” who does the action. Despite these sentences being completely grammatically sound, we don’t know who hit “me” or what struck the car.

The passive is created using the verb to be (e.g., the song is sung; it was struck from behind). Remember that to be conjugates irregularly. Its forms include am, are, is, was, were, and will be, which we learned about earlier in the course.

To be also has more complex forms like had been, is being, and was being.

Because to be has other uses than just creating the passive voice, we need to be careful when we identify passive sentences. It’s easy to mistake a sentence like “She was falling.” or “He is short.” for a passive sentence. However, in “She was falling,” was simply indicates that the sentence takes place in the past. In “He is short,” is is a linking verb. If there is no “real” action taking place, is is simply acting as a linking verb.

There are two key features that will help you identify a passive sentence:

As you read at the two sentences below, think about the how the different voice may affect the meaning or implications of the sentence:

Groundwater flow is influenced by zones of fracture concentration, as can be recognized by the two model simulations (see Figures 1 and 2), by which one can see . . .

The sentence is becoming a burden for the reader, and probably for the writer too. As often happens, the passive voice here has smothered potential verbs and kicked off a runaway train of prepositions. But the reader’s task gets much easier in the revised version below:

To revise the above, all I did was look for the two buried things (simulations and zones) in the original version that could actually do something, and I made the sentence clearly about these two nouns by placing them in front of active verbs. This is the general principle to follow as you compose in the active voice: Place concrete nouns that can perform work in front of active verbs.

Are the following sentences in the active or passive voice?

As we’ve mentioned, the passive voice can be a shifty operator—it can cover up its source, that is, who’s doing the acting, as this example shows:

It’s this ability to cover the actor or agent of the sentence that makes the passive voice a favorite of people in authority—policemen, city officials, and, yes, teachers. At any rate, you can see how the passive voice can cause wordiness, indirectness, and comprehension problems. 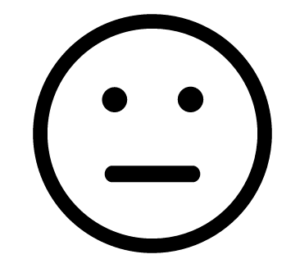 There are several different situations where the passive voice is more useful than the active voice.

It’s often against convention in scholarly writing to use I. While this may seem like a forced rule, it also stems from the fact that scholars want to emphasize the science or research as opposed to the author of the paper. This often results in the passive voice being the best choice.

Using the Passive Most Effectively

Now that we know there are some instances where passive voice is the best choice, how do we use the passive voice to it fullest? The answer lies in writing direct sentences—in passive voice—that have simple subjects and verbs. Compare the two sentences below:

Both sentences are written in the passive voice, but for most ears the first sentence is more direct and understandable, and therefore preferable. Depending on the context, it does a clearer job of telling us what was done and why it was done. Especially if this sentence appears in the “Experimental” section of a report (and thus readers already know that the authors of the report took the photomicrographs), the first sentence neatly represents what the authors actually did—took photomicrographs—and why they did it—to facilitate easy comparison.