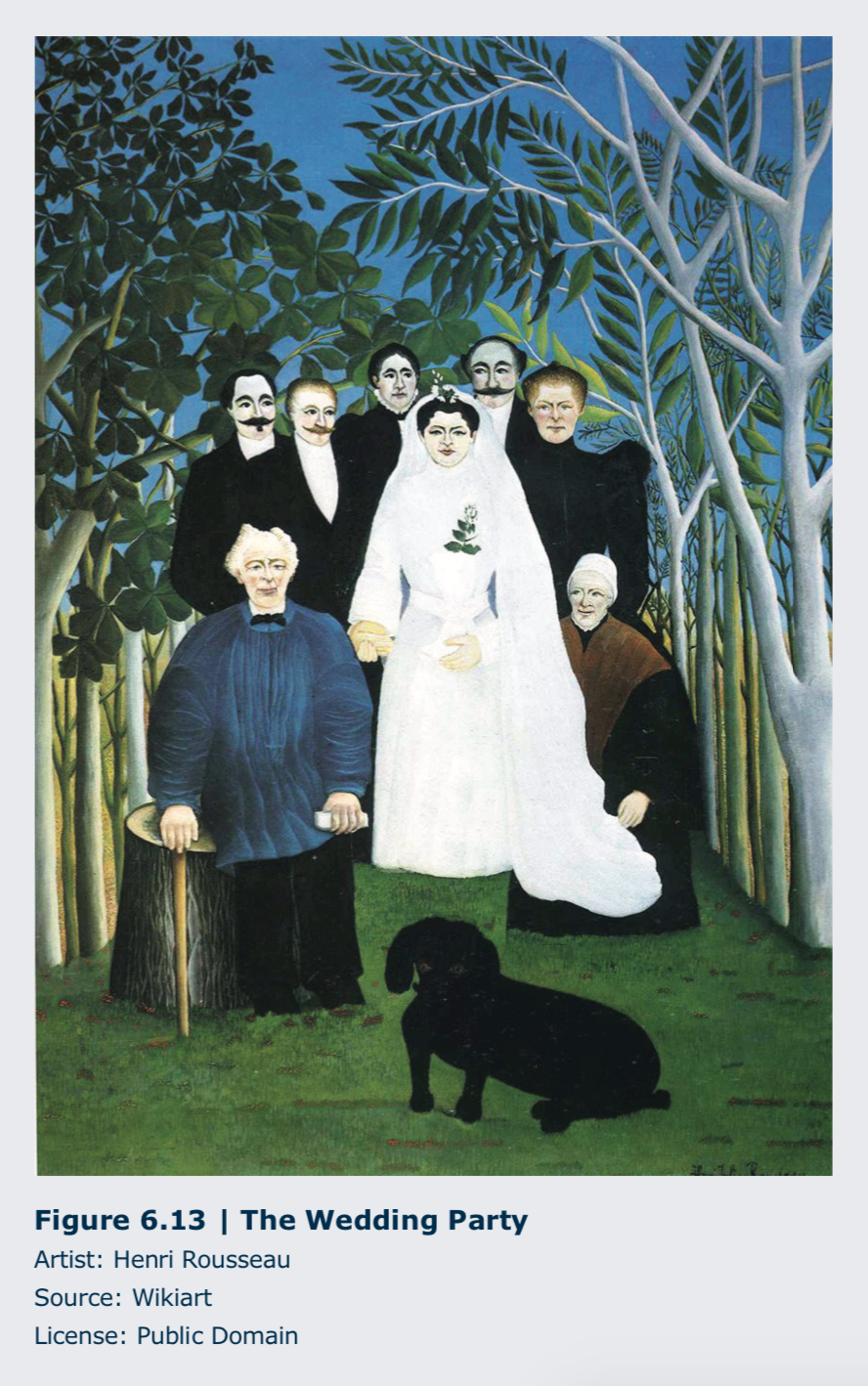 The use of art to note the observance of particular life events for ordinary people, rulers, and officials of all sorts has been a frequent theme and appears in all eras and in myriad styles. The presentation of such an event can very effectively call attention to a distinctive new approach an artist takes. Such is the case for a painting in celebration of a wedding created by Henri Rousseau (1844-1910, France), a mostly self-taught artist. (Figure 6.13) Due to such stylistic traits as the lack of formal one point perspective and simplified treatment of the human form, Rousseau was described by critics as a naive painter. His style was embraced by many avant-garde artists at the time, however, as boldly moving away from traditional methods and ideas taught in art schools at the time.

Artwork to express the grief of the living and to preserve and honor the memory of the deceased can be found in all ages and cultures. Funerary markers, some large and elaborate, have appeared in many eras. From ancient Greece, for example, we have a marble grave stele, or marker, carved with a portrait of a noblewoman seated on a Greek klismos chair, a curved-leg style then popular, while selecting a piece of jewelry from a young servant woman standing before her. (Figure 6.14) The jewelry, now missing, stood for the wealth of the individual, family, and society at large, and the state of well being that will continue for the group in spite of one individual’s death.