The Evolution of Humans

Human evolution is an ongoing and complex process that began seven million years ago.

To understand the process and timeline of human evolution 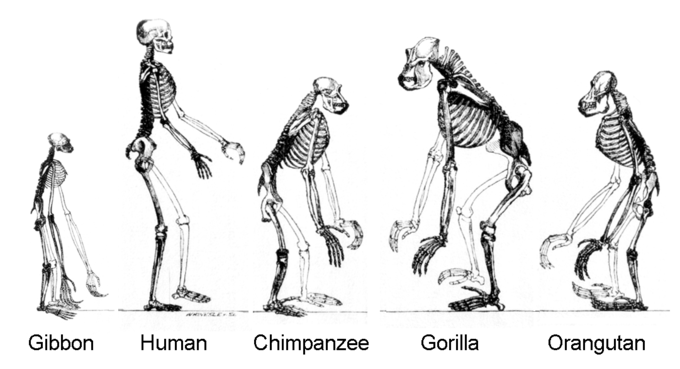 Generally, it is believed that hominids first evolved in Africa and then migrated to other areas. There were four main stages of human evolution. The first, between four and seven million years ago, consisted of the proto hominins Sahelanthropus, Orrorin and Ardipithecus. These humans may have been bipedal, meaning they walked upright on two legs. The second stage, around four million years ago, was marked by the appearance of Australopithecus, and the third, around 2.7 million years ago, featured Paranthropus.

The fourth stage features the genus Homo, which existed between 1.8 and 2.5 million years ago. Homo habilis, which used stone tools and had a brain about the size of a chimpanzee, was an early hominin in this period. Coordinating fine hand movements needed for tool use may have led to increasing brain capacity. This was followed by Homo erectus and Homo ergaster, who had double the brain size and may have been the first to control fire and use more complex tools. Homo heidelbergensis appeared about 800,000 years ago, and modern humans, Homo sapiens, about 200,000 years ago. Humans acquired symbolic culture and language about 50,000 years ago. 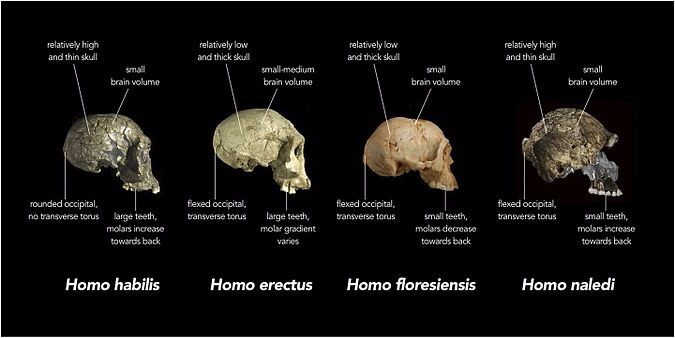 A separate species, Homo neanderthalensis, had a common ancestor with humans about 660,000 years ago, and engaged in interbreeding with Homo sapiens about 45,000 to 80,000 years ago. Although their brains were larger, Neanderthals had fewer social and technological innovations than humans, and they eventually died out.

The savannah hypothesis states that hominins were forced out of the trees they lived in and onto the expanding savannah; as they did so, they began walking upright on two feet. This idea was expanded in the aridity hypothesis, which posited that the savannah was expanding due to increasingly arid conditions resulting in hominin adaptation. Thus, during periods of intense aridification, hominins also were pushed to evolve and adapt.

Bipedalism, or walking upright, is one of the main human evolutionary adaptations. Advantages to be found in bipedalism include the freedom of the hands for labor and less physically taxing movement. Walking upright better allows for long distance travel and hunting, for a wider field of vision, a reduction of the amount of skin exposed to the sun, and overall thrives in a savannah environment. Bipedalism resulted in skeletal changes to the legs, knee and ankle joints, spinal vertebrae, toes, and arms. Most significantly, the pelvis became shorter and rounded, with a smaller birth canal, making birth more difficult for humans than other primates. In turn, this resulted in shorter gestation (as babies need to be born before their heads become too large), and more helpless infants who are not fully developed before birth.

Larger brain size, also called encephalization, began in early humans with Homo habilis and continued through the Neanderthal line (capacity of 1,200 – 1,900 cm3). The ability of the human brain to continue to grow after birth meant that social learning and language were possible. It is possible that a focus on eating meat, and cooking, allowed for brain growth. Modern humans have a brain volume of 1250 cm3.

Humans have reduced sexual dimorphism, or differences between males and females, and hidden estrus, which means the female is fertile year-round and shows no special sign of fertility. Human sexes still have some differences between them, with males being slightly larger and having more body hair and less body fat. These changes may be related to pair bonding for long-term raising of offspring.

Other adaptations include lessening of body hair, a chin, a descended larynx, and an emphasis on vision instead of smell.