Perhaps the single most important figure of the Scientific Revolution was Sir Isaac Newton, an English mathematician (1642 – 1727). Newton was, simply put, a genius. He was a chaired professor of mathematics at Cambridge University at the age of 27 and was renowned within his own lifetime for being one of the great minds of his age. In 1687 he published the Mathematical Principles of Natural Philosophy, which posited a single universal law of gravitation that applied equally to enormous objects like the planet Earth and tiny objects that could barely be detected by human senses. The entire system of physics was mapped out and described in precise, and accurate, mathematical formulas in the Mathematical Principles. It was one of the single greatest works of science of all time: its importance was not just in being “right,” but in providing a comprehensive system that could replace the work of ancient authors like Aristotle. Following Newton, figures like Aristotle and Ptolemy were increasingly regarded in the manner they are today: important individuals in the history of thought, especially philosophy, but not sources of accurate scientific information.

Newton was one of the great intellectual over-achievers of all time. He correctly calculated the relative mass of earth and water, deduced that electrical impulses had something to do with the nervous system, and figured out that all colors are part of the larger spectrum of light. He personally designed and built a new and more effective kind of telescope, and wrote the founding paper of the modern science of optics. 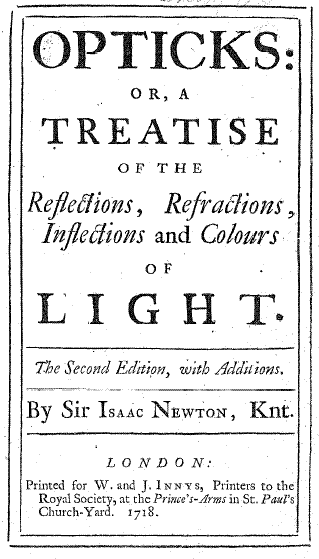 Figure 12.3.1: Newton’s treatise on the properties of light, the founding document of optics.

Newton, personally, was a humorless curmudgeon. While he was famous in his own lifetime, ultimately being knighted by King William and serving as the chair of Britain’s first scientific society, he only reluctantly published his work, and that only after fearing that his self-understood “rivals” would steal it if he did not. He was also completely chaste his entire life and had what might charitably be described as a “disagreeable” temperament.