____ 2. Because she was in a meeting, Kathy ignored the phone call.

____ 4. The teacher granted permission to the student to leave the classroom.

____ 5. The library is a great resource for students to receive help in research.

____ 6. Agriculture is key to the success of California’s economy.

A summary is a shorter version of a reading. Look at the table below for what a summary should and should not include.

How to Write a Summary

Step 1- Read to understand the text. Reread if necessary.

Step 2-Write the first sentence with the title, author, and main idea.

Step 3-Read the passage again and take notes (e.g., margin or Cornell) in your own words.

Step 4-Write a summary based on your notes

Step 5-Edit your summary and make sure it follows the points in the table above.

Example: In the article “Aggression”, Stephen E. Wisecarver, a professor of Psychology at Lord Fairfax Community College, describes the types of aggression and their effects.

Take notes while you read and be prepared to write a summary paragraph.

In the United States, women didn’t have the right to vote until the 19th amendment, which was passed in 1920. Until the law was passed, women fought tirelessly for the right to vote. These women were known as suffragists. In this informational text, Margaret Gushue discusses the African American suffragists who contributed to the fight for women’s right to vote. As you read, take notes on how African American women were treated during the women’s suffrage movement.

1Imagine being in class and your teacher asks a question to the whole room. You’re excited because you have the answer, and you cannot wait to share it. But the teacher will not call on you. The teacher doesn’t even seem to notice that you have your hand in the air, waiting to be called on. Your fellow students don’t seem to notice you either. No matter what you do, the teacher is not going to let you speak. Imagine how frustrating that would feel. 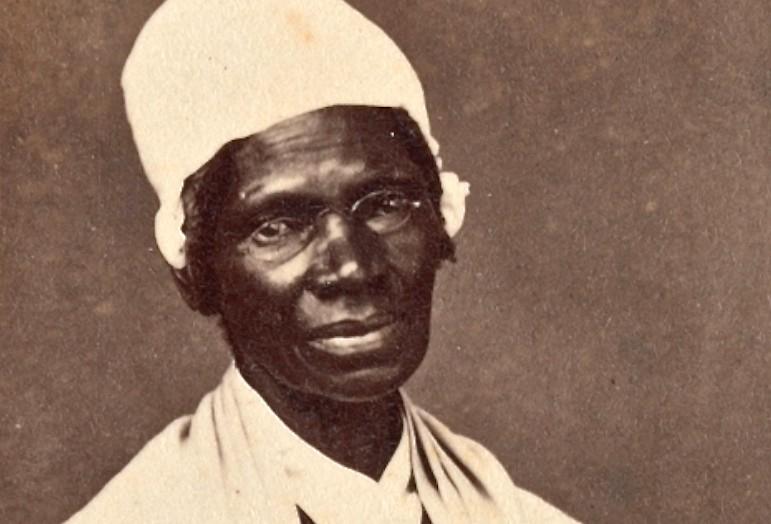 2Being ignored in class is a little like what women faced before the passing of the 19th amendment. Before this amendment — no matter your age, race, or job — if you were a woman, you were not allowed to vote. This meant you had no say when it came to politics. You had no power to change things. If you tried to vote, you could be sent to jail!

3Women had to fight to get the right to vote through marches and protests. Women’s suffrage, which means women’s right to vote, became a popular movement in the United States after the Civil War. The women who fought for these rights were known as suffragists. The larger movement ended in 1920 with the passing of the 19th amendment, which gave female U.S. citizens the right to vote.

5While there were many African American women who fought for women’s suffrage, there were a few that became famous for their work. Harriet Tubman, for instance, was quite frail by the time women’s suffrage became a popular issue, but she still gave speeches to crowds. Her message was that all people, regardless of gender or color, were equal and should be able to participate in politics. Harriet Tubman died before the 19th amendment was passed, but other African American women continued the fight, such as Sojourner Truth, Ida B. Wells, and Mary Church Terrell.

6Sojourner Truth was born a slave but was freed at the age of 29, when New York ended slavery within the state in 1827. Once she was free, she traveled all over the United States, giving speeches about her life as a slave. Truth believed all people were equal, and her speeches helped others understand the struggles African Americans and women of all races faced. Her most famous speech is “Ain’t I A Woman,” which she gave at the 1851 Women’s Convention. In it, she highlighted the different ways African American women were treated compared to white women. While Sojourner Truth did not live to see women granted the right to vote, her speeches and writing inspired other African American activists.

7Ida B. Wells was a writer inspired by the work of Sojourner Truth. Wells was never a slave, but she was still mistreated because of the color of her skin. Because of these experiences, she decided to become an activist who fought for equality for all people. At first, her work focused on equality for African Americans, but she later focused on women’s rights. She learned that many African American women did not have the resources to learn about politics, which made her work even harder to educate them. She started the Alpha Suffrage club, bringing African American suffragists together to become a more powerful group.

8Ida B. Wells attended the National American Woman Suffrage Association parade in Washington D.C. in 1913. The white suffragists tried to make her and other African American women march at the back of the parade. Wells refused to participate until she was allowed to march alongside the white women. This story became widely told and drew attention to the struggles African American women faced within the women’s suffrage movement.

9Mary Church Terrell, like Ida B. Wells, became famous for her activism. She was born in 1863 to former slaves in Memphis, Tennessee. At a young age, she became aware of the treatment she received as both a woman and an African American. Terrell and Wells worked together multiple times in their lives to bring attention to the mistreatment of African Americans. Terrell wanted to be active in the women’s suffrage movement but was overlooked due to the color of her skin. As a result, she founded the National Association of Colored Women and became their first president.

10Both Wells and Terrell became important members of the National Association for the Advancement of Colored People (or NAACP). The group played a key role in the fight against racial injustice after women received the right to vote.

“African American Suffragists” by Margaret Gushue is licensed by CommonLit under CC BY-NC-SA 2.0

1. PART A: Which statement identifies the central idea of the text?

B. The women’s suffrage movement would’ve achieved their goals much more quickly if they allowed black women to participate in the movement.

C. Achieving racial equality was a more important goal for black women than achieving the right to vote.

D. Despite the resistance that black women encountered from white women, they made important contributions to women’s suffrage.

A. “Before this amendment — no matter your age, race, or job — if you were a woman, you were not allowed to vote.” (Paragraph 2)

B. “African American women responded to being ignored by forming their own groups in the fight to become equal citizens.” (Paragraph 4)

C. “At first, her work focused on equality for African Americans, but she later focused on women’s rights.” (Paragraph 7)

D. “The white suffragists tried to make her and other African American women march at the back of the parade.” (Paragraph 8)

3. Which of the following best describes the structure of information in the text?

A. The author describes black women’s experiences during women suffrage and then details individual contributions to the movement.

B. The author describes women’s suffrage as a whole and then discusses the contributions of a few black and white women.

C. The author discusses black women’s exclusion from women’s suffrage and then details why white women were afraid to allow them to help.

D. The author discusses women’s suffrage as a whole and then emphasizes how black women were successfully kept from helping or contributing.

4. Which of the following best describes white suffragists’ treatment of black suffragists?

A. White women attempted to keep black women out of the suffrage movement, as they thought they had a better chance of getting the vote without them.

B. White women were reluctant to allow black women to contribute to the movement, as they didn’t think they were serious about women’s rights.

C. White women discouraged black women from participating in the movement, as they feared for their safety.

D. White women declined black women’s offer to help in the movement, as they already had enough volunteers.

1. Tell about a time you worked tirelessly and your efforts provided successful results.

2. What are three college resources you use? Explain how these resources help you.

3. When you have a problem, do you ignore it or confront it? Explain a time you ignored a problem. What was the result of you ignoring it?