a. difficult situation without complaining

a. take care of

b. use someone or something to get what you want

Interacting with a text is important. One way to interact is by taking notes in the margins. These notes, called margin notes, could be a question or phrase stating the main idea. Look at the example below from the reading. The paragraph’s main idea is defining labor unions and their history, so the margin note would be something like “Definition of a labor union and its history”

Look at the numbered items below that are main ideas of paragraphs from the reading. As you read, identify which paragraph the note belongs to and write it in the margins.

1. Effects of the Industrial Revolution

5. Working with the government

Workers’ Rights and the History of Labor Unions by Jessica McBirney

What is a labor union? In the past, when workers were mistreated by their employers, there was nothing they could do about it. Labor unions were the workers’ solution to this problem. This article sets the scene for the dawn of labor unions, explores the history of workers’ rights, and explains the strategies they still use today. As you read this text, identify 3 strategies that union members used to seek justice and create change.

1Have you ever heard the phrase “There’s strength in numbers”? For many years, people who worked on farms, in factories, or in other low-wage positions were sometimes forced to endure terrible conditions with little pay. But they soon found, with “strength in numbers,” that they could take charge of their circumstances. That’s where labor unions come in.

3The United States experienced an Industrial Revolution from about 1860 until about 1920. People started to use machines and factories to make products instead of making them by hand. Factory owners became rich very quickly, but they did not treat their workers with kindness or respect. Employees had to work up to 12 hours per day for only a few dollars. They did not always get weekends off. In many industries, workers faced inhumane conditions such as having to bend over all day, or breathing in smoke from the machines.

4One of the worst industries to work in was the coal industry, where workers spent all day deep underground in coal mines. The mines were very dark and usually damp and cold. Workers had to breathe coal dust and poisonous gases. They had to crawl through the mine in narrow tunnels and pull carts full of coal behind them. There was always a chance that the whole mine could collapse from an explosion. Because coal miners were paid so little, many families could not afford to buy enough food. They had to send their children to work in the mines too, just so the family could have enough money to live on. Children worked six days a week just like their parents, so they could not go to school. 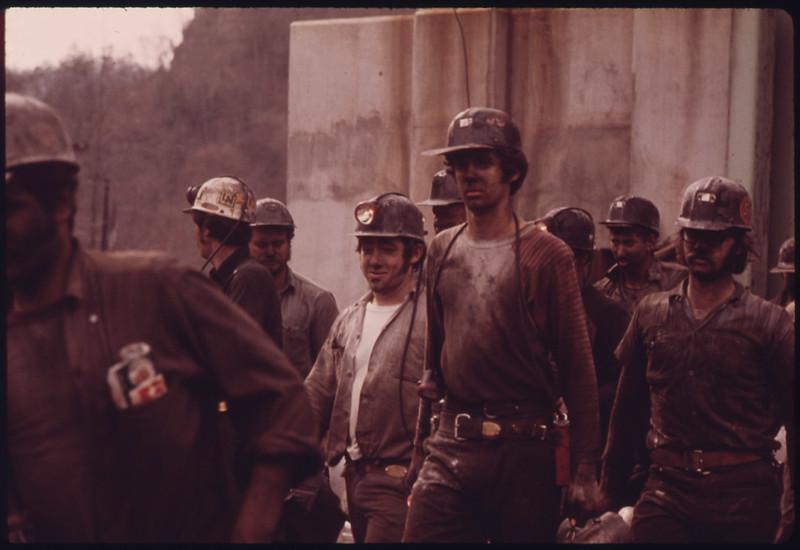 5Workers decided they could not keep living such hard lives. They knew they had to work together to negotiate with the rich and powerful factory owners, so they grouped together to form labor unions. Labor unions used 3 different strategies to protect workers:

6The first strategy was called “collective bargaining.” Workers chose a few leaders to represent them in a meeting with the factory or mine owner. In this meeting, everyone would agree to a new contract that gave workers shorter hours, higher pay, and safer working conditions. If the factory owner did not agree to the contract, all the workers would strike, or stop working until they got what they wanted. Many strikes occurred during the Industrial Revolution, and workers still go on strike today.

7The second strategy was giving benefits to union members. If any worker got hurt on the job, the union would pay for the doctor’s visit, medicine, and sometimes food.

8The third strategy was working with the government to pass more laws. Union leaders could make deals with politicians to pass laws that helped workers. For example, child labor became illegal and the government began to send inspectors to make sure factories were safe.

9Unions were very successful in making sure business owners did not take advantage of their workers. Unions still serve many of these same functions today. Workers still go on strike when their employer will not agree to a better contract, and unions still work with the government to get laws passed. Many people across the country rely on unions to keep their jobs safe and their families fed.

"Workers' Rights and the History of Labor Unions" by Jessica McBirney is licensed by CommonLit under CC BY-NC-SA 2.0

1. PART A: Which of the following best identifies a central idea of this text?

A. By forming unions, workers protected their rights and made important social changes.

B. Children were the first members of labor unions before the trend spread among adult workers.

C. Workers acted illegally and outside the law, so their strikes were not always respected.

D. Labor unions were a popular trend in the past, but after the Industrial Revolution, workers have moved beyond them.

2. PART B: Which phrase from the text best supports the answer to Part A?

A. “Labor unions are very common today, and many workers in the United States are members in different kinds of unions. “ (Paragraph 2)

B. “Many strikes occurred during the Industrial Revolution, and workers still go on strike today.” (Paragraph 6)

C. “If any worker got hurt on the job, the union would pay for the doctor’s visit, medicine, and sometimes food.” (Paragraph 7)

D. “Many people across the country rely on unions to keep their jobs safe and their families fed.” (Paragraph 9)

3. PART A: What does the word “inhumane” most closely mean as it is used in paragraph 3?

A. Not human; animal

B. Difficult yet rewarding

4. PART B: Which paragraph from the text provides the best support for the answer to Part A?

When groups of letters are added to the end of a word, it is called a suffix. For example, the letter –al can be added to the word education to form the word educational. Education is a noun, but when the suffix –al is added, it becomes an adjective. The suffix –er can have two meanings: a person or more. For example, the word teacher means a person who teaches. The word sweeter means more sweet.

Look at the words below from the reading and identify the meaning of -er as either person (P) or more (M).

In American college classes, instructors will often ask you to “take a stand” or position and give reasons for your opinion. It is not important that your opinion be the same as the instructor or your classmates. A good writer will have strong, detailed, well-expressed support. With any writing assignment, you will begin brainstorming ideas, forming an outline, then writing a first draft. Look at the list below. This is an example brainstorming strategy for a writing assignment of an opinion paragraph on why people decide not to get married.

Reasons not to get married:

The list above is not enough for an entire paragraph, so it should be expanded when put into an outline. See the outline below that was created based on the brainstorm.

Topic Sentence: Some people decide not to get married for several reasons.

Concluding Sentence: People might decide not to get married because of finding the right person, making career a priority, and wanting freedom.

Read the following paragraph based on the outline example. Answer the questions that follow.

Some people decide not to get married for several reasons. First of all, maybe these people didn’t meet the right person to marry. For example, my friend Sharon wants to marry someone who is smart, handsome, rich, and kind. She wants to wait until she falls in love with this perfect man, so she hasn’t gotten married yet, and she is now 58 years old. Secondly, some people think getting married will take their focus away from their career. Some jobs require traveling or long hours at work. For instance, movie directors and journalists often have to travel for long periods of time, so marriage is difficult for those people. Finally, some people don’t get married because they want total freedom. If you stay single, you can quit your job, move, date, and try many things without thinking of another person. For all of these reasons, some people decide not to get married.

1. Underline the topic sentence. Where is it located?

2. Circle the transition words. How do they help the reader identify the reasons?

Write a list of reasons why labor unions are important.

Transfer your strongest ideas from your brainstorm into an outline. Expand your ideas by putting examples and explanations.

Write a rough draft using the outline. Create full sentences that have signal words for each point and for examples.

1. Tell about a time you took advantage of a discount.

2. Whom or what do you rely/depend on for transportation?

3. What items can you negotiate the price with the seller? Give several examples.

4. What is an example of something you cannot endure?