Dr. Beth Harris and Dr. Steven Zucker provide a description, historical perspective, and analysis of the Sculpture from the East Pediment of the Parthenon, possibly carved by Phidias. 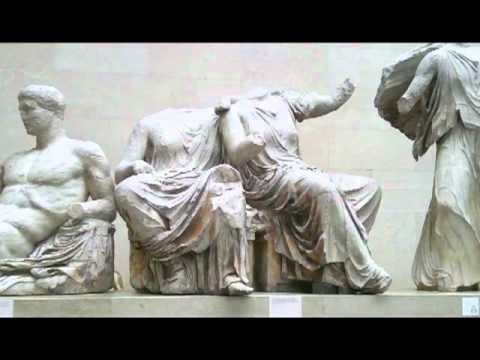 A YouTube element has been excluded from this version of the text. You can view it online here: http://pb.libretexts.org/temp/?p=2595

The identification of the Parthenon’s pediment figures remains unsettled. It is thought that the east pediment depicted the birth of the goddess Athena (fully grown) from the head of her father, Zeus, though these central figures are now lost.

Scholars have tentitively deduced the identities of the existing figures as follows (left to right):