The Importance of Being Earnest

a. “Divorces are made in Heaven.”

b. “Produce your explanation and pray make it improbable.”

c. “The amount of women in London who flirt with their own husbands is perfectly scandalous. It looks so bad. It is simply washing one’s clean linen in public.”

d. “You don’t seem to realize that in married life three is company and two none.”

e. “I don’t mind hard work where there is no definite object of any kind.”

f. “Few parents nowadays pay any regard to what their children say to them. The old-fashioned respect for the young is fast dying out.”

6. Contrast Lady Bracknell’s attitude to marriage with that of Algernon.

Suggested length: 1,500 to 2,500 words. [Modified from P. Allingham, Essay Topics for The Importance of Being Earnest, Victorian Web]

1. According to Karl Beckson, “Central to Wilde’s life and art was the idea of the dandy as the embodiment of the heroic ideal as well as of the aesthetic temperament hostile to bourgeois sentiment and morality” (p. 205). Which of the characters in the play embodies this aesthetic principle, and how? From your consideration of these characters’ utterances and actions, develop an appropriate essay topic. Starting point: Consult this Internet definition of Dandy:<http://en.wikipedia.org/wiki/Dandy >. Pay particular attention to Baudelaire’s definition. For Gilbert and Sullivan, aestheticism was a subject for parody. See the operetta Patience (1881), particularly the song, “If You’re Anxious for to Shine…” https://www.youtube.com/watch?v=eu_Xk_Vl6fk 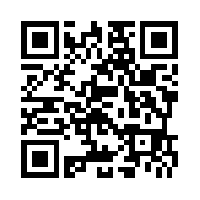 2. William Keach contends that Lady Bracknell’s “cross-examination of Jack lays the groundwork for much of the rest of the plot” (p. 184), and that the underlying tension of the play depends upon “the contrast of city and country so important to the double lives being led” (p. 183). Explain these two points, then develop one of them into a suitable essay topic.

3. Otto Reinert claims that “Wilde’s basic formula for satire is [his characters’] assumption of a code of behavior that represents the reality that Victorian convention pretends to ignore.” Reinert argues that in this play Wilde is principally concerned with the difference between conventional and actual manners and morality. Discuss these points, then refine this “formula for satire” into an essay topic.

4. Using three examples drawn from the play, show how Algernon uses Wilde’s aesthetic principles to transform his life into a work of art.

A useful study guide to the play. http://www.penguin.com/static/pdf/teachersguides/the_importance_of_being_earnest.pdf

The Importance of Being Earnest (1952 Film). https://www.youtube.com/watch?v=JyM9LgHFbBs 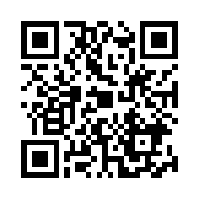 Figure 1
Oscar Wilde portrait by Notwist (http://commons.wikimedia.org/wiki/File:Oscar_Wilde_portrait.jpg) is in the Public Domain