View both the 1935 and 1984 film adaptations of A Christmas Carol linked below. Then write a short paper (750 to 1,000 words) contrasting the same scene in each version. Which version does a better job in terms of atmosphere, characterization, or theme? If you prefer to gain access to the 1951 version, then substitute it for either the 1935 or 1984 versions.
http://charlesdickenspage.com/dicken...ilm.html#carol

Write a research essay of 1,500 to 2,500 words showing how Dickens criticizes contemporary attitudes to the poor. Be sure to consider the ideas of Thomas Malthus and those of the Sabbatarians. For Malthus, begin with the footnotes 8 and 9 in Stave 1 of your edition. For Sabbatarianism, see George Landow’s article:
http://www.victorianweb.org/religion...tarianism.html

Then read the following excerpt from Dickens’s account of his visit to a London workhouse on May 5, 1850. His article, “A Walk in a Workhouse,” appeared in his Household Words magazine on May 25.
http://www.victorianweb.org/authors/...s/poorlaw.html

Compare and contrast the early story of Gabriel Grub in Chapter 29 of The Posthumous Papers of the Pickwick Club (“The Story of the Goblins Who Stole a Sexton”) with A Christmas Carol. Limit your topic to theme, characterization, or another element of fiction.
http://www.gutenberg.org/files/580/5...m#link2HCH0029

There is also an audio adaptation of “The Story of the Goblins Who Stole a Sexton”. 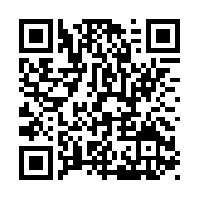 Figure 1:
Dickens by Watkins detail by George Herbert Watkins (http://commons.wikimedia.org/wiki/Fi...ins_detail.jpg) is in the Public Domain