The Victorian idea of human perfectibility, the sense that we are in the best of all worlds in the best of all ways, persisted for a brief time after the death of Queen Victoria in 1901. The accession of Edward VII ushered in the Edwardian Age, deemed a golden age that would see the fruition of scientific and technological advancements in the bettering of humankind. Some of these hallmark advancements carried on Victorian trends: the factory assembly line led to mass production, the airplane increased the speed of travel, and the radio facilitated communication. Nevertheless, the Victorian moved firmly to the past, making way for even more rapid change; indeed, the word “Victorian” itself became a tag for the outmoded, hypocritical, conventional, and repressed.

After the Victorian era, the concept of human identity itself—common human nature shared by all—came under scrutiny. The psychology and psychoanalysis of Freud and Carl Jung (1875-1961) challenged past views of stable human identity by suggesting hidden impulses and motives embedded within the unconscious. By bringing to the surface what had been hidden or unknown, the twentieth century liberated the individual, allowing unprecedented mental and physical freedom.

The Edwardian Age, followed briefly by the Georgian Age, however, proved transitional as the hopes of a new world soon gave way to the grim realities of World War I. Victorian Imperialism led to competition among all the European nations as each strove to feed their factories and production with the raw materials of colonies in Africa and other territories. This competition was accompanied by defensive alliances and an arms race, particularly of technologically-based weapons that distanced individual fighters from each other and allowed for mass slaughter and destruction. The dangers of these trends were realized in June 1914 when Archduke Franz Ferdinand (1863-1914) of Austria-Hungary was assassinated by Gavrilo Princip (1894-1918), a Serbian nationalist, causing AustriaHungary to declare war on Serbia. When Russia, Serbia’s ally, mobilized in their defense, Germany declared war on Russia. 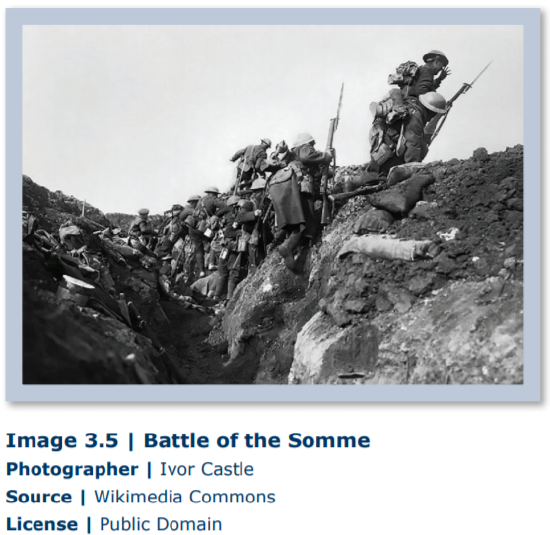 The Treaty of London of 1839 committed England to protecting Belgium. In August 1914, Germany invaded Belgium, with France as their main target. Britain declared war on Germany; Britain, France, and Russia allied in war against Germany and Austria-Hungary. Millions of men and women died in the consequent World War. England’s patriotic fervor soon faced the realities of the Gallipoli Campaign (1915-1916), where an allied attempt to secure a sea route to Russia proved lacking in strategic planning and intelligence and catastrophic in its casualties; of the battles of Somme and Ypres (Passchendaele) that led to unprecedented numbers of deaths and injuries, with little effect in breaking defenses; where total war destroyed entire landscapes; where soldiers faced trench warfare, stalemate, and disease. England internally faced government turnovers, an Irish rebellion with the Dublin Rising on Easter Monday (1916), rationing, and the Influenza Pandemic (1918-1919) that affected a quarter of the British population.

WWI led to the collapse of western civilization as it had heretofore been known. It led to a series of revolutions, including the Russian Revolution of 1917, and a twenty-one year “terrifying peace” begun with the Armistice on November 11, 1918. Economic depression and unemployment around the world followed.

The socialist hopes of Morris and Karl Marx devolved into totalitarian and fascist politics and politicians, epitomized by Adolph Hitler (1889-1945) and Benito Mussolini (1883-194). In September 1939, England and France declared war on Nazi Germany after it invaded Poland. Germany, Russia, Italy, and Japan formed the Axis powers that fought mainly Great Britain and the Commonwealth. The theater of war again became worldwide.

The upheaval in England itself was epitomized in the evacuation of children from cities to the countryside to keep them safe from German air attacks. In the 1940 Battle of Britain, the Royal Air Force defended England against large-scale, almost incessant attacks by the German Air Force. While nations in Europe, like France, gave way to German invasion, England remained unbowed, though bloodied. Germany also incurred unexpected losses in its invasion of the Soviet Union. Japan’s attack at Pearl Harbor in 1941 brought America into the war, sided with the Allies. Malaya, Singapore, and Thailand fell to Japan’s expansionist desire for natural resources like rubber, tin, and oil. But Britain fought on, and in Africa, led by General Bernard Montgomery (1887-1976), Britain overwhelmed Field Marshall Rommel’s (1891-1944) German and Italian troops in the Battle of El Alamein (Oct 23-Nov 5, 1942), a battle often viewed as the beginning of the end of WWII. Allied invasions of Italy and of occupied France, on June 6, 1944—or D-Day—led to VE (Victory in Europe) Day (May 8, 1945). VJ (Victory in Japan) Day (August 15, 1945) occurred after the dropping of atomic bombs on Hiroshima and Nagasaki. The war was won, but the following peace had to be endured. Survivors of the war faced the devastation that, in physical, spiritual, and mental terms, had occurred on an unprecedented scale. Nazi atrocities in the horrors of the Holocaust, Japanese death marches in the Bataan, the deaths due to radiation in Nagasaki and Hiroshima—these events highlighted the long-term impact of the war. While WWII led to America and Russia becoming superpowers, it took world power out of the hands of the British as independence and self-rule claimed their colonies in India, China, Africa, Australia, and New Zealand, among others. The Partition of India (1947), the Suez Crisis (1956) with the loss of control of the Suez Canal, and the independence of Nigeria (1960) and Kenya (1964) marked Britain’s move to the sidelines of the world stage. Concurrently, America and Russia struggled for supremacy in the Cold War. 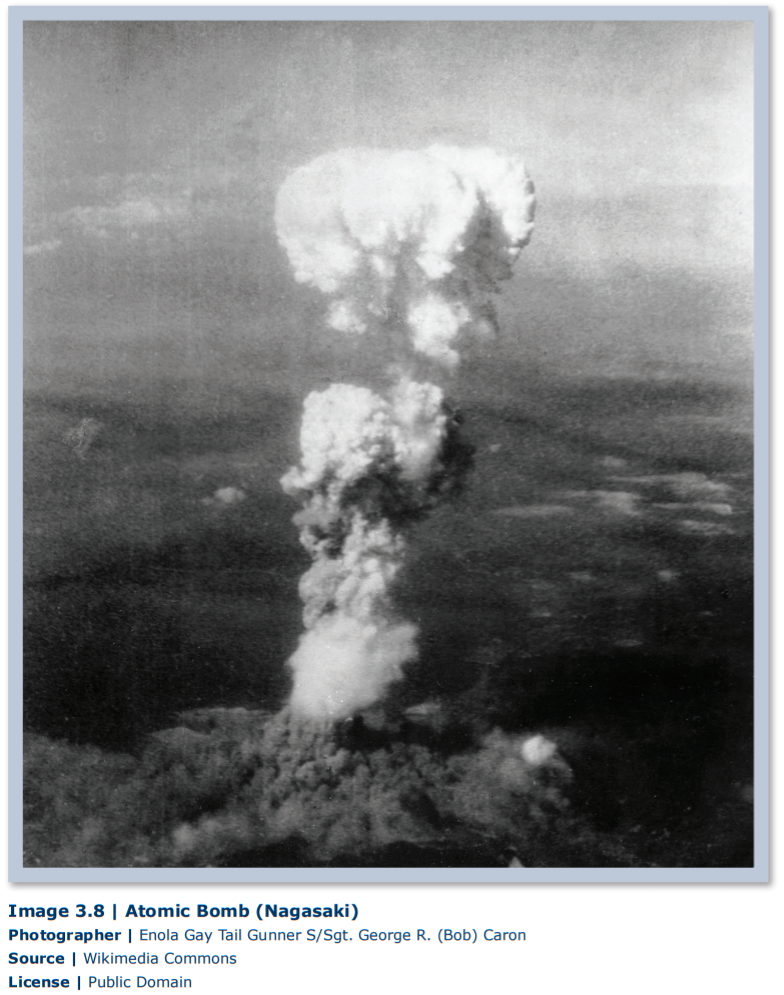 Post-war England saw the nationalization then re-privatization of iron, steel, railways and electricity; the creation of the National Health Service; and the devaluation of the pound. It saw the violence of protests in Northern Ireland and violent reprisals. It saw the rise of the Labour Party, the fuel crisis in 1973, and the Miners’ strike in 1974.

The twenty-first century brought to Britain efforts to revive public health and education as well as national and cyber security. Britain’s withdrawal from the European Union was a move in those directions with an outcome yet to be known.