An often-overlooked facet of the Scientific Revolution was the participation of aristocratic women. Noblewomen were often the collaborators of their husbands or fathers – for example, it was a husband and wife team, the Lavoisiers, in France that invented the premises of modern chemistry in the eighteenth century. In some cases, such as the early entomologist Maria Sibylla Merian, women struck out on their own and conducted experiments and expeditions – Merian took a research trip to South America and did pioneering work on the life cycles of various insect species. 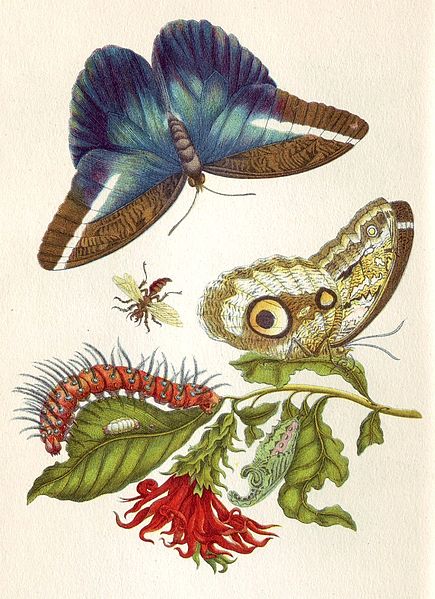 Figure 12.5.1: One of Merian’s illustrations, depicting the life cycle of butterflies and moths.

A few male theorists supported proto-feminist outlooks as well. The French scholar François Poulain de la Barre (1647-1725) concluded that empirical observation demonstrated that the custom of male dominance in European society was just that: a custom. Nothing about pregnancy or childbearing made women inherently unsuitable to participate in public life. De la Barre applied a similar argument to non-European peoples, arguing that there were only cosmetic differences between what would later be called “races.” His work was almost unprecedented in its egalitarian vision, anticipating the ideas of human universalism that only really came of age in the nineteenth century, and only became dominant views in the twentieth.

Despite the existence of highly-qualified and educated women scientists, informal rules banned them from joining scientific societies or holding university positions. In general, in one of the most obvious failures of the Scientific Revolution to overcome social prejudices was in the marked tendency of male scientists to use the new science to reinforce rather than overthrow sexist stereotypes. Anatomical drawings drew attention to the fact that women had wider hips than did men, which supposedly “destined” them for a primary function of childbearing. Likewise, they (inaccurately) depicted women as having smaller skulls, supposedly implying lower intelligence. In fields in which women had held very important social roles in the past, such as midwifery, male scientists and doctors increasingly pushed them to the side, insisting on a male-dominated “scientific” superiority of technique. In short, it proved easier to overthrow the entire vision of the universe than to upset sexual roles and stereotypes.