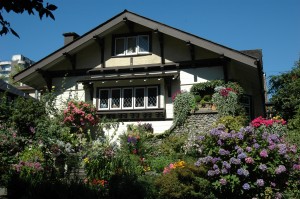 Figure 10.6 Hirshfield House in Vancouver’s West End is an example of the Arts and Crafts style that recalled English village life rather than embracing modern city life.

Just as enthusiasm for modernism and wonder at the fruits of scientific and technological progress were attaining their early heights in the late-19th century, a counter-tendency we have come to call antimodernism developed within North-American culture. While modernism touted the marvels of progress and civilized society, antimodernists began to worry about the possibility of overcivilization, of the possibility of too much comfort, and about the physical and psychological impact of a world devoid of hard work, physical activity, and struggle.[1] For some, life was becoming all too easy.

To compensate for the possibility of overcivilization, antimodernists glorified what they called “the simple life”; to compensate for too much ease, they sought to rough it, especially in their leisure time.[2] Just as production was becoming more thoroughly mechanized and their work lives less physically demanding, early antimodernists fuelled an Arts and Crafts revival movement, took a new interest in martial arts, and took a renewed interest in back-to-nature activities. Men took up big-game hunting, while both men and women took part in canoeing, camping, and wilderness vacations. Children were not left out either; many thought it was most discouraging to observe how, even for them, life was becoming too easy. In response, the scouting, guiding, and summer camp movements promised to take 20th-century children away from the evils of the city and back to the wonders and simplicity of nature where, it was argued, their character would be strengthened.[3] Overall, antimodernists sought intense experience in all kinds of forms.

Antimodernism affected more than just leisure; it was also a way of thinking about peoples, culture, and history. Indigenous peoples were glorified and even imitated (though in very artificial ways) as “Indians” who lived the simple life.[4] In some cases, individuals romanticized their own histories; in Nova Scotia, an entire tourist industry was built up around the notion of Nova Scotians as a simpler folk engaged more in the production of handicrafts and folktales than industrial goods, a people whose lives had seemingly escaped the touch of modernity.[5]

Not everyone was an antimodernist. One doesn’t long for the simple life or thrill at the prospect of roughing it unless one has already tasted the comforts of the good life. Most antimodernists came from comfortable middle- and upper-class backgrounds: professional men, Christian ministers, intellectuals, and others who had already felt the benefits of progress. These were people with time on their hands and a tendency toward self-analysis and reflection. Women of these same classes could also feel antimodernist sympathies. Their homes were among the first to benefit from such things as electric lighting, running water, and flush toilets, making living without such amenities while camping or canoeing seem exciting.

The critique mounted by antimodernists, whatever their gender, contained fundamental contradictions. Founders of summer camps, for example, often wanted to clean up nature, to add walk-in fridges and hot showers to make life not quite so rough. People who glorified what they called “Indians” also appropriated land on which Indigenous people still hunted and fished. In Nova Scotia, images of simple folk ignored the fact that coal-mining and industrial development were as important to the province’s history as folk ballads and handspun linen. Further, these simple, folksy creations, as much as summer camps, wilderness vacations, and a host of other goods and experiences which were valued for their connection to a pre-modern past, became modern consumer products to be marketed and sold.

As these examples suggest, the antimodernist critiques were limited; by the 21st century, we might say they were only half-hearted. Ultimately, few people ever truly wanted to turn back the clock to live a pre-modern existence. Antimodernist dissatisfaction, however, is a feeling that still lingers today as some question the merits of a modern lifestyle that we cannot truly escape.