Objections to women having the vote — federally, provincially, and municipally — were many. Keeping in mind that the right to vote was closely tied in the 19th century to property ownership and that women’s legal right to own property was significantly circumscribed, one of two changes needed to take place in Canadian society. Women had to have improved access to property ownership and/or that requirement had to be mitigated, if not eliminated. In the 1870s, working men’s campaigns for the vote did much to reduce the strength of the property issue but it was not eliminated entirely. At the municipal level, female property owners (who were, thus, civic taxpayers) started gaining the vote in the mid-19th century. Although the laws permitted these women to vote, the culture — which viewed landownership through a patriarchal lens — didn’t help.[1] The women’s franchise stalled at this point, needing another issue to activate it as a movement.

Enthusiasm for women’s suffrage in the post-Confederation era was catalyzed by experiences of women in pro-temperance organizations (see Section 7.5). By 1900, the early feminists were campaigning on two fronts: the end of alcohol sales and the start of female enfranchisement. Increasingly at the turn of the century, the movement was influenced by what many middle- and upper-class women regarded as the pernicious effect on Canadian society of new immigrants. Many newcomers were raised in cultures where consuming alcohol did not carry the moral stigma that was often found in Anglo-Celtic societies. What is more, many of the newcomers were quickly made into property-owners and that meant that the men among them enjoyed electoral rights that were not available to French- and English-Canadian women whose family roots perhaps ran very deep in Canada. Increasingly, maternal feminists (including Nellie McClung) framed the suffrage issue in nativist terms: Canadian society faced degeneration by foreign arrivals and only Canadian-born women, they argued, could offset that influence. 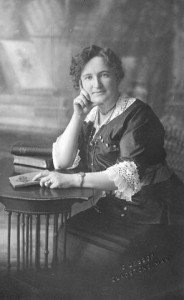 There were powerful cultural themes that stood in the way of women getting the vote, too, and these should not be ignored. It was seen as unfeminine by some, immoral by others, and unnecessary by many. In a patriarchal culture with a pronounced division between the private and public sphere, an invitation to women to leave the safety of the former for the (oft-claimed) rough-and-tumble of the latter was to put their very womanhood at risk. Politics, it was claimed, was about moral compromises and if, as the maternal feminists declared, women were the uncompromising moral bedrock of the community, then the two should not mix. Finally, so long as fathers, husbands, brothers, and sons executed their electoral rights responsibly, the democratic interests of women were looked after. To some commentators it seemed unthinkable that a woman would vote differently from her husband and, therefore, her vote would simply duplicate his without changing electoral outcomes. It was, therefore, redundant.

This is where the battle against liquor comes back in. Getting the vote was increasingly seen as the way to achieve prohibition. Husbands and other male relations might not support prohibition and so this was clearly an area where household voting patterns might prove to be starkly different.

The western provinces took the lead in the debate about enfranchising women. Manitoba gave women the right to vote provincially in January 1916; Saskatchewan followed in March, and British Columbia and Alberta in April, as did Ontario. Electoral law at the time meant that the provinces’ standards were imposed on Ottawa too. Borden sought to retrieve control of this situation and to use it to his advantage under the Wartime Elections Act, 1917.

The circumstances for and conditions behind this extension of the franchise were both a departure from the tone of the suffrage movement to that point in time and consistent with some of its premises. By 1917 it was clear that voluntarism was not going to be enough to meet Canada’s military commitment in Europe. Conscription was the logical next step but Borden’s government was loath to impose it on a divided country. Opposition to conscription in Quebec was vocal and there was less and less enthusiasm for it nationwide. As Borden’s biographer writes,

Potential recruits [in 1916] had a choice not open to many in 1914 and early 1915 when unemployment had reached serious levels: there was a very dangerous job available at $1.10 a day in France and another at unprecedented wages in the home-front war economy.[2]

Borden had to act and he had three goals: get a fresh mandate, win on the conscription issue, and manage women’s suffrage. Elected in 1911, he should have returned to the polls by 1916. Making the argument that Canada was too busy facing a national emergency to pause for a divisive election, Borden sailed through 1916 and into 1917. He could not, however, unilaterally and without the legitimacy of a new mandate force compulsory enlistment on Canadians. The conscription issue thus forced his hand: he would have to go to the polls.

Figure 6.10 The conscription election of 1917 at the front. “A vote against the Government means You are here for life…”

The forces arrayed against conscription — and thus against the Borden government — were extensive. French-Canadians were strongly opposed, most of the Liberal Party saw conscription as Borden’s soft underbelly, and immigrants who had achieved citizenship (as British subjects) included many from Germany and Austro-Hungary. Borden (and many feminists) reasoned that immigrants had a vested interest in ensuring that Canada did not send reinforcements to the front. The Wartime Elections Act gave the vote not to all women but to some: to women who were related to men serving in the CEF. Borden was calculating that this select group of women would support conscription to provide support for their men abroad. Simultaneously, the Act disenfranchised naturalized immigrant Canadians as though they were all enemy aliens. It also allowed soldiers’ votes to be assigned to constituencies where they would most help the pro-conscription Conservative cause. This was, without a doubt, the most cynical feature of the new Elections Act, and it was used to topple Liberal candidates where anti-conscription sentiment was strong but beatable.

Borden’s government, now augmented by a handful of Liberals and recast as a “Union” government, was returned easily. However, the 1917 election soured Québecois voters against the Conservatives for nearly 70 years; there was nothing left now of the old Cartier-Macdonald pact. Conversely, it solidified Liberal support in Quebec and created a political bedrock for much of the 20th century.

The rhetoric of total war included calls to reduce needless spending on goods like alcohol. Drink, its opponents argued, sapped the ability of workers on the homefront to produce the munitions and battleships needed in the struggle against the Triple Alliance. Opposition to prohibition, moreover, was painted as unpatriotic. “Anyone who will vote in favor of liquor might as well enlist under the Kaiser,” claimed one newspaper.[3] Hard liquor was particularly targeted and, despite opposition from organized labour and brewers alike, beer also came under attack. In 1915 Saskatchewan was first to be dry, and plebiscites followed in Alberta and Manitoba the same year. British Columbia held a controversial vote in 1916 and declared itself dry shortly thereafter. In the rest of English-Canada, governments eschewed referenda and simply acted directly on the matter. Quebec brought up the rear of the prohibition wave with legislation that compromised on lighter drinks.

The question of prohibition during wartime was complex. While Canadians at home struggled to obtain hard liquor, soldiers abroad were provided with a daily tot of rum. While women in Canada who had male relatives serving in the trenches could vote on conscription, men in the CEF were barely consulted about provincial prohibition proposals. The move toward prohibition at the provincial level prompted the Union government to respond with prohibition legislation that tackled the movement of liquor between provinces and from out of country. Wine and beer were still available but in the weakest strengths: 2.5% was the maximum amount of alcohol permitted. Stronger drink could be obtained for “medicinal purposes” and for scientific and sacramental uses. Saloons and bars were closed, breweries shut down, and a whole sector of the Canadian economy that had made fortunes since the original wheat boom of the early 19th century, was mothballed. One cannot say that this could only have happened in the context of the Great War — prohibition arrived in the United States in peacetime, after all — but the war effort and the rhetoric and logic of total war certainly contributed to making prohibition a reality. (For more on temperance and prohibition, see Section 7.7.)