What has come to be called the first wave of the feminist movement began in the mid 19th century and lasted until the passage of the 19th Amendment in 1920, which gave women the right to vote.   White middle-class first wave feminists in the 19th century to early 20th century, such as suffragist leaders Elizabeth Cady Stanton and Susan B. Anthony, primarily focused on women’s suffrage (the right to vote), striking down coverture laws, and gaining access to education and employment. These goals are famously enshrined in the Seneca Falls Declaration of Sentiments, which is the resulting document of the first women’s rights convention in the United States in 1848. “‘Votes for Women’ sellers, 1908.”The Library of the London School of Economics and Political Science is in the Public Domain

Demanding women’s enfranchisement, the abolition of coverture, and access to employment and education were quite radical demands at the time. These demands confronted the ideology of the cult of true womanhood, summarized in four key tenets—piety, purity, submission and domesticity—which held that white women were rightfully and naturally located in the private sphere of the household and not fit for public, political participation or labor in the waged economy. However, this emphasis on confronting the ideology of the cult of true womanhood was shaped by the white middle-class standpoint of the leaders of the movement. As we discussed in Chapter 3, the cult of true womanhood was an ideology of white womanhood that systematically denied black and working-class women access to the category of “women,” because working-class and black women, by necessity, had to labor outside of the home.

The white middle-class leadership of the first wave movement shaped the priorities of the movement, often excluding the concerns and participation of working-class women and women of color. For example, Elizabeth Cady Stanton and Susan B. Anthony formed the National Women Suffrage Association (NWSA) in order to break from other suffragists who supported the passage of the 15th Amendment, which would give African American men the right to vote before women. Stanton and Anthony privileged white women’s rights instead of creating solidarities across race and class groups. Accordingly, they saw women’s suffrage as the central goal of the women’s rights movement. For example, in the first issue of her newspaper, The Revolution, Susan B. Anthony wrote, “We shall show that the ballot will secure for woman equal place and equal wages in the world of work; that it will open to her the schools, colleges, professions, and all the opportunities and advantages of life; that in her hand it will be a moral power to stay the tide of crime and misery on every side” (cited by Davis 1981: 73). Meanwhile, working-class women and women of color knew that mere access to voting did not overturn class and race inequalities. As feminist activist and scholar Angela Davis (1981) writes, working-class women “…were seldom moved by the suffragists’ promise that the vote would permit them to become equal to their men—their exploited, suffering men” (Davis 1981: 74-5). Furthermore, the largest suffrage organization, the National American Woman Suffrage Association (NAWSA)—a descendent of the National Women Suffrage Association—barred the participation of Black women suffragists in its organization.

Although the first wave movement was largely defined and led by middle class white women, there was significant overlap between it and the abolitionist movement—which sought to end slavery—and the racial justice movement following the end of the Civil War. Historian Nancy Cott (2000) argues that, in some ways, both movements were largely about having self-ownership and control over one’s body. For slaves, that meant the freedom from lifelong, unpaid, forced labor, as well as freedom from the sexual assault that many enslaved Black women suffered from their masters. For married white women, it meant recognition as people in the face of the law and the ability to refuse their husbands’ sexual advances. White middle-class abolitionists often made analogies between slavery and marriage, as abolitionist Antoinette Brown wrote in 1853 that, “The wife owes service and labor to her husband as much and as absolutely as the slave does to his master” (Brown, cited. in Cott 2000: 64). This analogy between marriage and slavery had historical resonance at the time, but it problematically conflated the unique experience of the racialized oppression of slavery that African American women faced with a very different type of oppression that white women faced under coverture. This illustrates quite well Angela Davis’ (1983) argument that while white women abolitionists and feminists of the time made important contributions to anti-slavery campaigns, they often failed to understand the uniqueness and severity of slave women’s lives and the complex system of chattel slavery.

Black activists, writers, newspaper publishers, and academics moved between the racial justice and feminist movements, arguing for inclusion in the first wave feminist movement and condemning slavery and Jim Crow laws that maintained racial segregation. Sojourner Truth’s famous “Ain’t I a Woman?” speech, which has been attributed to the Akron Women’s Convention in 1851, captured this contentious linkage between the first wave women’s movement and the abolitionist movement well. In her speech, she critiqued the exclusion of black women from the women’s movement while simultaneously condemning the injustices of slavery:

That man over there says that women need to be helped into carriages, and lifted over ditches, and to have the best place everywhere. Nobody ever helps me into carriages, or over mud-puddles, or gives me any best place! And ain’t I a woman? Look at me! Look at my arm! I have ploughed and planted, and gathered into barns, and no man could head me!….I have borne thirteen children, and seen most all sold off to slavery, and when I cried out with my mother’s grief, none but Jesus heard me! And ain’t I a woman?

Feminist historian Nell Painter (1996) has questioned the validity of this representation of the speech, arguing that white suffragists dramatically changed its content and title. This illustrates that certain social actors with power can construct the story and possibly misrepresent actors with less power and social movements. 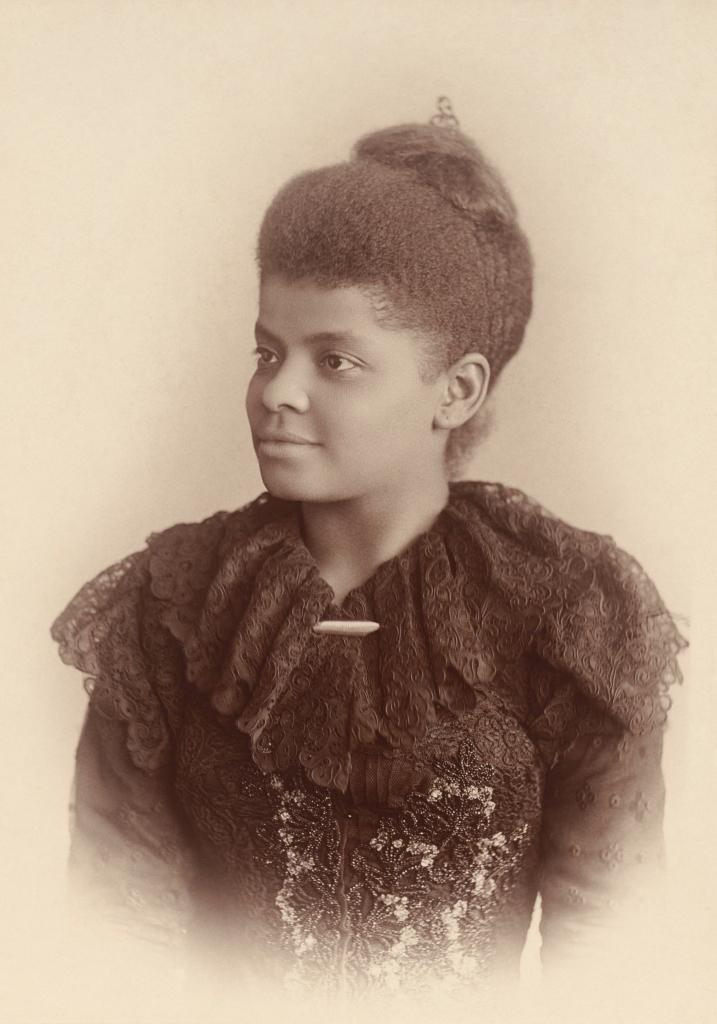 “Ida B. Wells-Barnett” by Mary Garrity, restored by Adam Cuerden , Google Cultural Institute is in the Public Domain, CC0

Despite their marginalization, Black women emerged as passionate and powerful leaders. Ida B. Wells , a particularly influential activist who participated in the movement for women’s suffrage, was a founding member of the National Association of the Advancement of Colored People (NAACP), a journalist, and the author of numerous pamphlets and articles exposing the violent lynching of thousands of African Americans in the Reconstruction period (the period following the Civil War). Wells argued that lynching in the Reconstruction Period was a systematic attempt to maintain racial inequality, despite the passage of the 14th Amendment in 1868 (which held that African Americans were citizens and could not be discriminated against based on their race) (Wells 1893). Additionally, thousands of African American women were members of the National Association of Colored Women’s Clubs, which was pro-suffrage, but did not receive recognition from the predominantly middle-class, white National American Woman Suffrage Association (NAWSA).

The passage of the 19th Amendment in 1920 provided a test for the argument that the granting of women’s right to vote would give them unfettered access to the institutions they had been denied from, as well as equality with men. Quite plainly, this argument was proven wrong, as had been the case with the passage of the 18th Amendment followed by a period of backlash. The formal legal endorsement of the doctrine of “separate but equal” with Plessy v. Ferguson in 1896, the complex of Jim Crow laws in states across the country, and the unchecked violence of the Ku Klux Klan, prevented Black women and men from access to voting, education, employment, and public facilities. While equal rights existed in the abstract realm of the law under the 18th and 19th amendments, the on-the-ground reality of continued racial and gender inequality was quite different.